It was friday night and Percy, Wilbur and Babe (known locally as the Three Little Pigs) were getting ready for their regular night at the village fetish club. Percy and Wilbur had only recently had their Barratt homes blown down by a wicked wolf so they had moved in with Babe, who fortunately lived in a house made of bricks, so they all felt much safer. Wilbur was just pulling on his gimp mask when they heard the unmistakable howling of the wolf so the pigs rushed to the window, coming face to face with the snarling jaws of a large lupine. However, when the wolf caught sight of the Three Little Pigs in all their fetish finery, he screamed like a puppy and ran off into the night, never to be seen again. The townsfolk were so happy that the wolf had gone that they erected a statue in honour of the pigs and they all lived happily ever after.
Materials used: Vintage china piggy banks, polymer clay, real zips, ceramic paint, varnish. 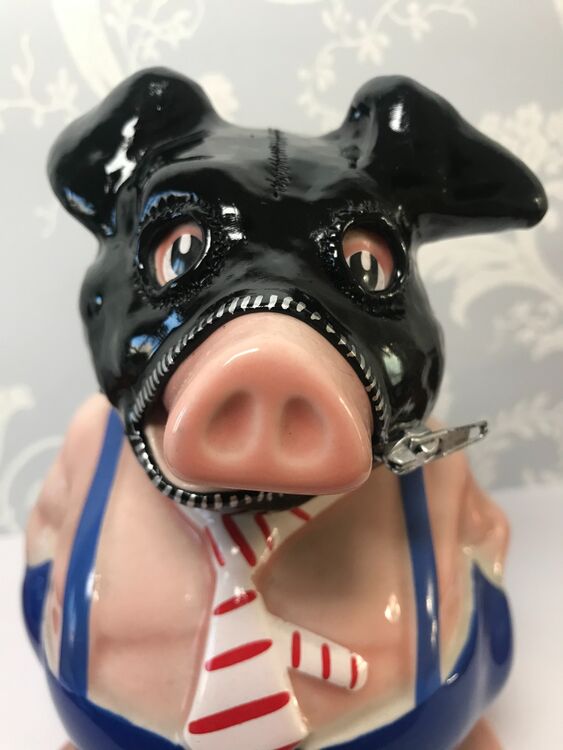