News and views
Previous
Next

Fantastic TV series (oh, and book, obvs)... now, where can I get the dress?

Halfway through the Handmaid's Tale (the TV series about a dystopian future where fertility rates collapse as a result of sexually transmitted diseases and environmental pollution and fertile women are forced to bear children for barren women) I started to become obsessed with the Handmaids' uniform. The dresses they wear are red (to represent blood and fertility) with long sleeves, and to promote modesty in this ultra-religious future, cover almost every inch of their bodies.

By its very nature, that of being a uniform, its function is to dehumanise and strip away any semblance of personality. However, despite all the associations, I want one. It is such a flattering shape, enhancing yet concealing. Old-fashioned-sexy. FYI, if the Handmaid's Tale was real, I certainly wouldn't be in the red dress, I'd be in teal (the barren mistress) or green (domestic help).

My search began back in May and at first I thought it would be easy... The Dress is a classic shape; scoop neck, long sleeves, nipped-in waist, mid-length. But there was nothing out there. I tried the high street first, then turned to eBay and finally Etsy. There were a fair few red dresses on both sites but none of them were right. Wrong sleeve length, too short, too many frills. Here's a little compilation of the kinds of dresses I found:

I then found a dressmaker on Etsy and commissioned her to make me one of these but with a scoop neck: 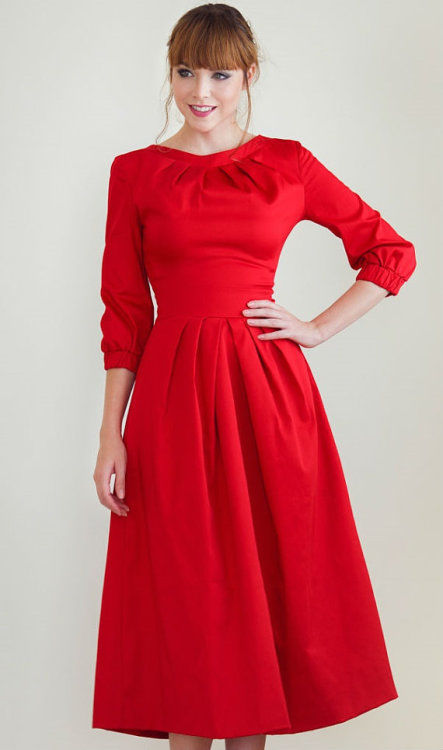 When it arrived however, the whole upper part was way too big so I'll need to get it altered, adding more ££ and I'm not entirely convinced anyway, it's too bright and 'cottony'. I looked again fruitlessly on eBay for weeks, foregoing my nightly read with an hour on the auction site (and then dreaming of red dresses all night). Something had to come up! Then a friend sent this link. it seemed I wasn't alone in wanting to look like a Handmaid.

I treated myself to the longer of the two (since sold out) and although I LOVE the dress and enjoy the freedom that dressing modestly affords, this dress still isn't *quite* right (well, let's face it, Uniqlo didn't employ Hana Tajima to replicate the Handmaid's Tale dress). 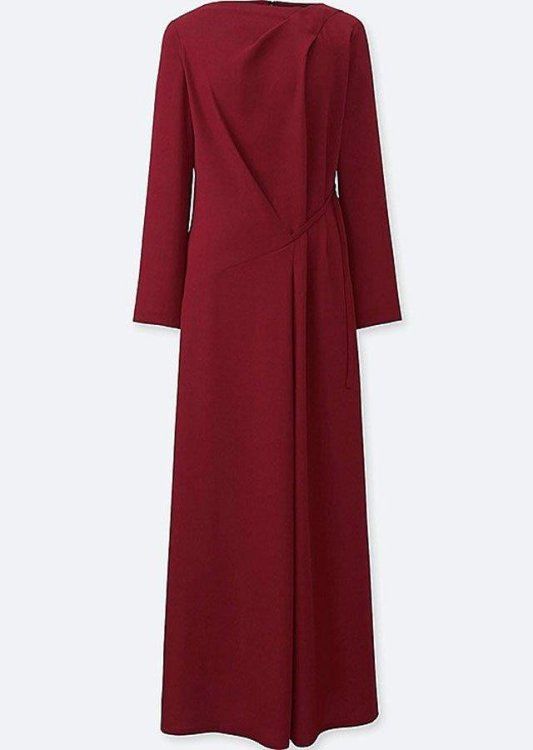 And now today, I have found a site selling actual dresses as cosplay. Do I just bite the bullet and buy one? With the knowledge I'm wearing actual fancy dress? I wouldn't go as far as the bonnet obviously but these dresses are the replica I've been looking for. I will report back, faithful readers! 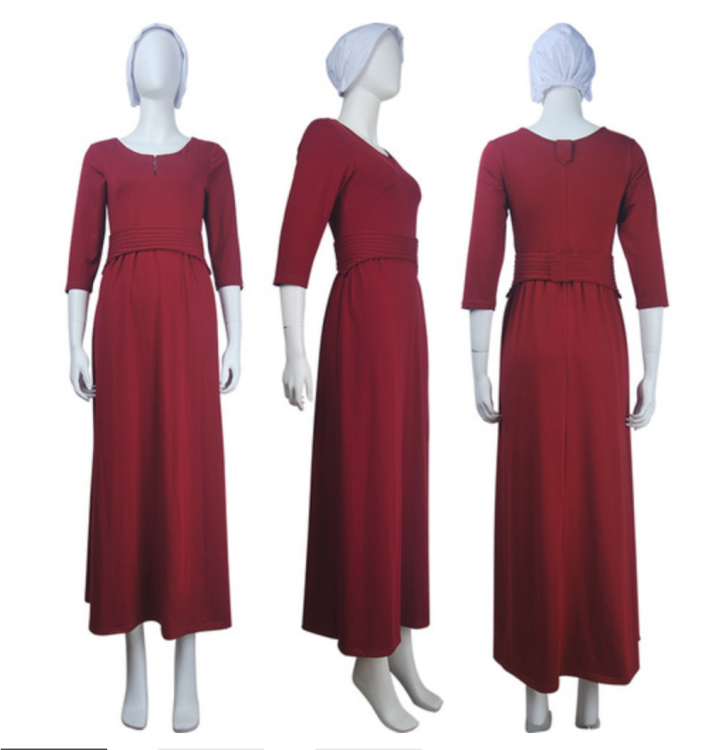