Shop 'Til You Drop ceramic figurine

It was April 12 and the shops had just reopened for the first time in four months and Lord Tossington was making up for lost time. He'd travelled by carriage through the night to get to Bond street for opening time and so far, he had bought himself a Gucci sweatshirt and bum bag, a Burberry trench and a Chanel suit. It was only when he realised the shops were closing that he remembered he was *supposed* to be buying presents for his long-suffering wife, Kitty, whose birthday it was the very next day. Thank heavens Primark stayed open later than the other shops so he was able to pop in and treat her to a year's supply of 60 denier tights, 7 pairs of £1 pants (one for every day of the week!) and some novelty slippers. Kitty would love that! 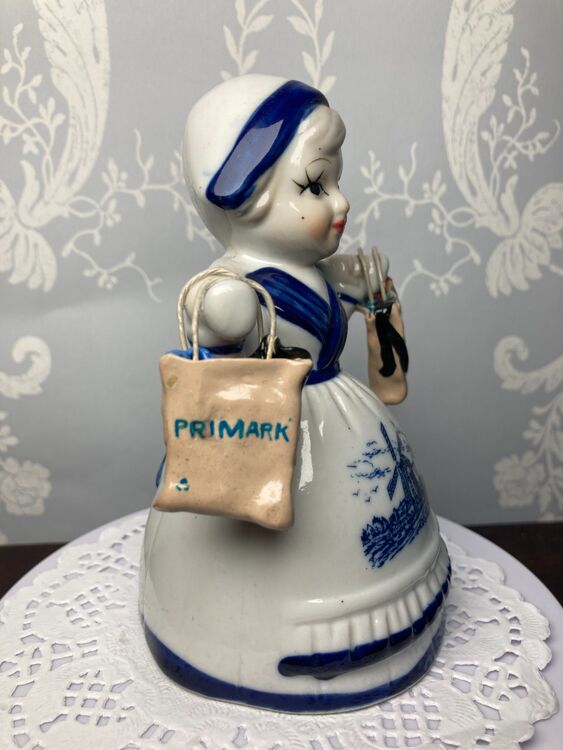