All The Gear No Idea figurine

Barnaby needed some content for his Intsa and decided a mountain hike would give him a few days' worth, so he bought all the gear - a Gucci Northface sweater with matching hiking boots, a Vivienne Westwood ‘mountain’ hat and a utility style Off-White belt (well, it DID look a bit like you could use it for mountaineering). Ok, maybe bringing a tiny Christian Dior Saddle Bag was a little daft in hindsight - there had only been enough room for a Mars bar and some pocket tissues - but it DID look chic. Unfortunately he’d only been able to manage 15 mins of walking before his feet hurt and he got hungry, so after eating his Mars Bar he decided to take up skateboarding instead. He'd seen THE most divine deck in Versace, just perfect for walking around Chelsea with it tucked under his arm (who said anything about actually getting *on* a skateboard?)

'All The Gear No Idea' is a 1/1 original by Lucy Bryant. Materials used: Your Nan's china ornament, polymer clay, ceramic paint, varnish, swagger. 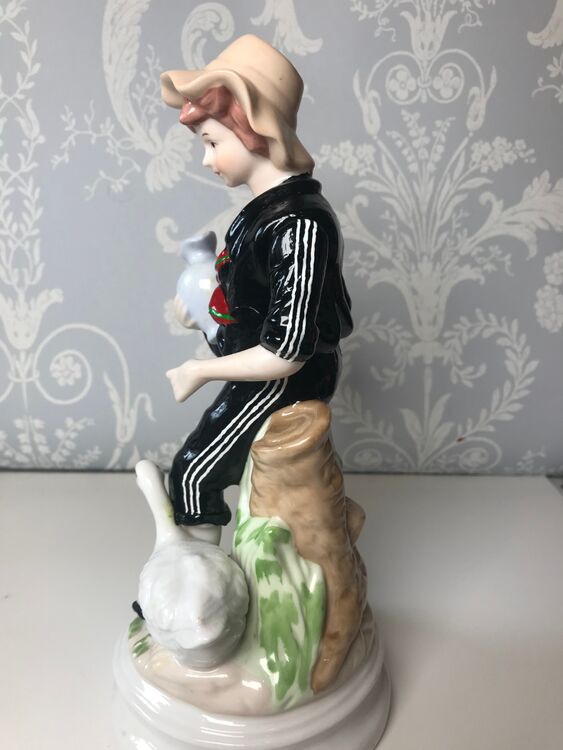