When the circus came to town, folk flocked from miles around to see the comic capers of Coco the clown. How the children laughed at his buffoonery! One other circus member not laughing, however, was magician David Blame, who HATED Coco and seethed with jealousy every time the clown performed to a rapt audience. So one evening, David told Coco he had a special treat for him, asking the clown to become his assistant for the 'Guillotine' trick. Coco jumped at the chance as he'd always wanted to know how it was done, bounding on stage at the appointed time and placing his head into the opening of the apparatus. And the rest is history; poor Coco lost his head, never to perform in his beloved circus ever again. And what of David? The cunning illusionist managed to convince a nation that it was in fact a very clever trick and that no harm had come to the famous funnyman, telling everyone the famous funnyman had decided to travel to Goa to 'find himself'. Oh David!
Materials: Your Nan's china ornament, polymer clay, ceramic paint. 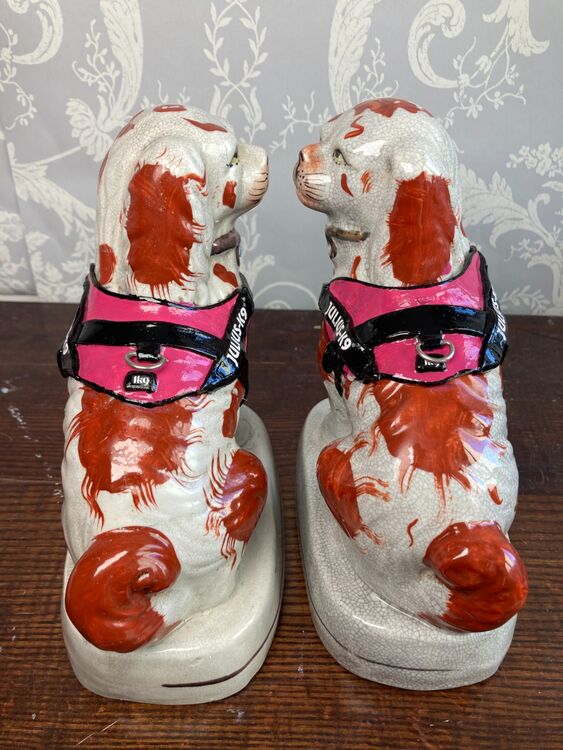