With the cost of living rocketing, Billy's mum had sent him and his pet cat Ginger down to the local river to catch some fish for dinner. Imagine his horror when he arrived to find that the fish had all been killed by radiation poisoning from canisters of plutonium which had washed up from a Russian tanker. But as Billy despondently began packing up his net, bait and cat, he had a brainwave. "I know!" he exclaimed so loudly he made Ginger jump. "I'll set up a pop-up restaurant in our garden shed and serve unique 'glow-in-the-dark' fish. I'll write about it for 'Vice' Magazine and everyone will want to come!". And so Billy raced home with his haul, set up a table and chairs in the shed and put word out on Instagram. And it worked! So well, in fact, that the Daily Mail sent a food critic along to review the pop-up and gave it 10 out of 10. Billy then became a media sensation and was scouted to be the new presenter of MTV's 'People Who Lie About Who They Are On The Internet. Result!
Materials: Your Nan's china ornament, polymer clay, resin, varnish, ceramic paint, photographic paper
PS The cans of plutonium really do glow in the dark but my camera is too rubbish to photograph them. 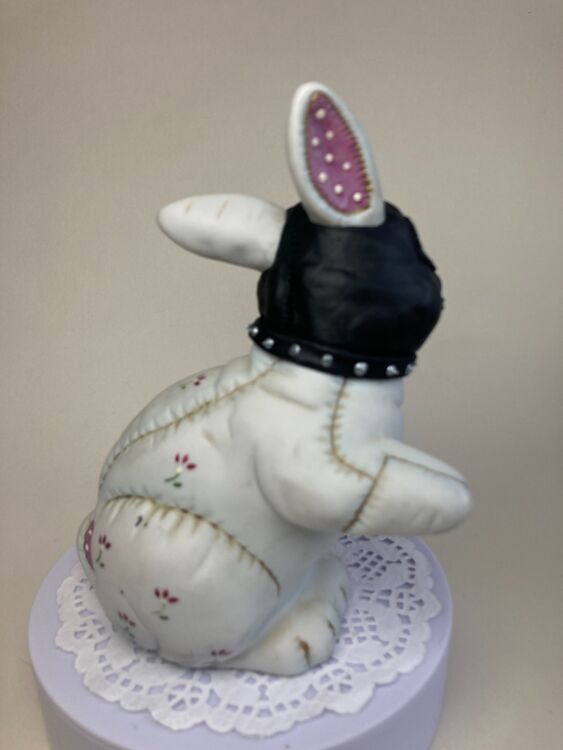