Every day, Mr Darcy would drink his tea and every day, Mr Darcy would pop his mug by the sink. And every day, Mrs Darcy would ask him if there was anything wrong with his hands and was this the reason why he wasn't able to give his cup a rinse. Mr D would mumble something about 'washing it up later' and wander off, often adding to the pile of mugs throughout the day. And the sight of those mugs instilled such a rage in Mrs D that she found herself washing them up against her better judgement as she just couldn't live with them. Mr Darcy clearly believed washing up was beneath him, so did that mean Mrs D was too?
One evening after having left his sixth mug by the sink, Mrs Darcy went out to the shed, picked up the chainsaw, came back into the manor house and promptly sliced Mr D's proud head off. He wouldn't be leaving any mugs by sink anytime soon!
Materials used: Your Gran's china ornament, polymer clay, ceramic paint, doll house object 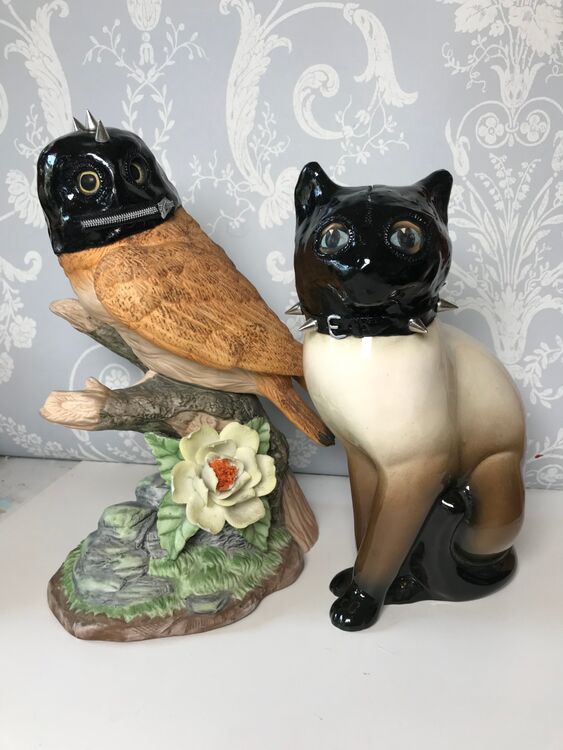