It was an unconventional set up, but Snow White had lived with her seven housemates for years and things had worked perfectly (save the odd niggle like Dopey getting the munchies and eating everyone's crisps, and Sneezy continually giving everyone Covid), that is until the landlord put the rent up on their woodland cottage and they'd all had to move out. Snow White had managed to find a live-in position with a couple whose maid had run off to marry The Prince, but her housemates had really struggled and Doc, despite having a PHD, had been spotted selling The Big Issue in The Town. Years passed and an A-Road and a petrol station appeared, but the cottage remained empty... until one day the Townsfolk awoke to a new Starbucks which was amazing, because now everyone could buy Venti White Chocolate Mocha Frappuccinos and Cold Foam Iced Cappuccinos, yay! Who needed housing when you had coffee?

'Starbucks Cottage' comes with battery-operated tea lights which transform the cottage into a lamp at night. 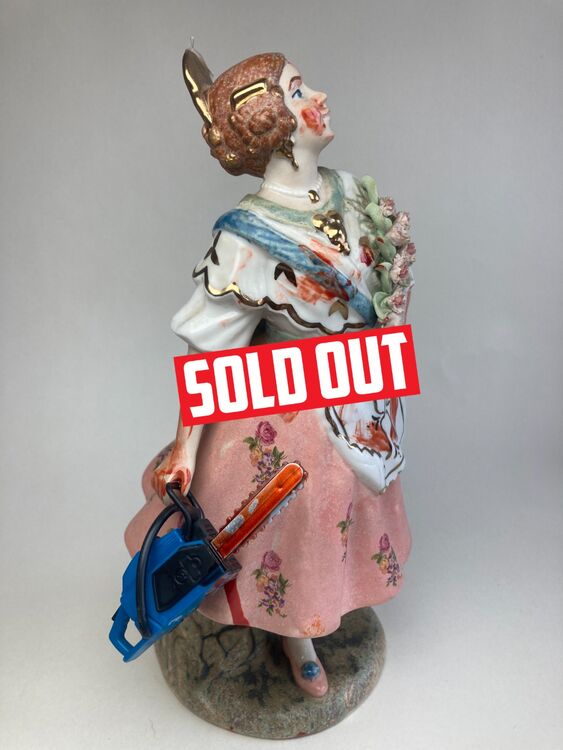