Lady Brocklehurst had initially thought it was a phase. It had started with Lord B buying the albums, then progressed to him snapping up every bit of memorabilia he could get his hands on (including the exact guitar used for the promo pics for 'Diamond Dogs' and a cigarette stub allegedly smoked during a performance of 'Star Man'). Lady B felt terribly neglected; she couldn't remember the last time he'd visited her chambers because he was constantly checking eBay. The final straw came when appeared at breakfast in full make-up and asked to be called 'Ziggy'. 'Well!' Thought Lady B. 'If you can't beat them, join them!' And with that, she ordered Cook to save all the meat scraps to be made into a dress... two could play that game! 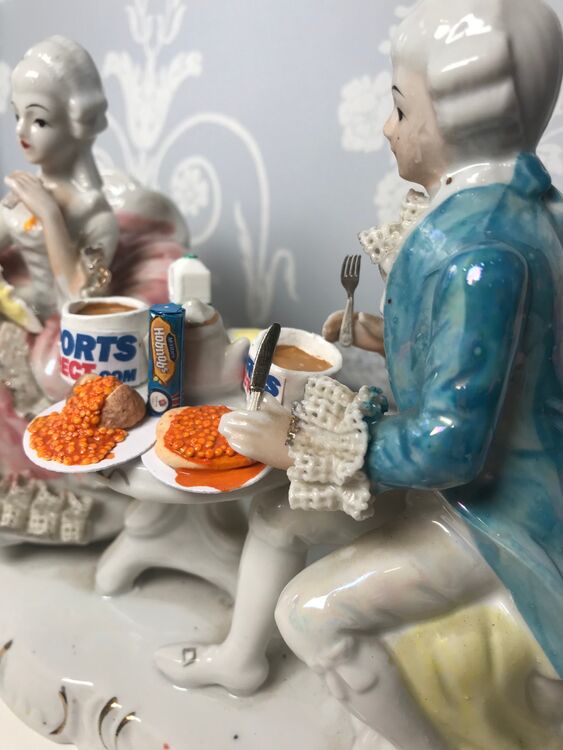